Home > About > The Picton Renoir – Fake or Fortune?

The Picton Renoir – Fake or Fortune? 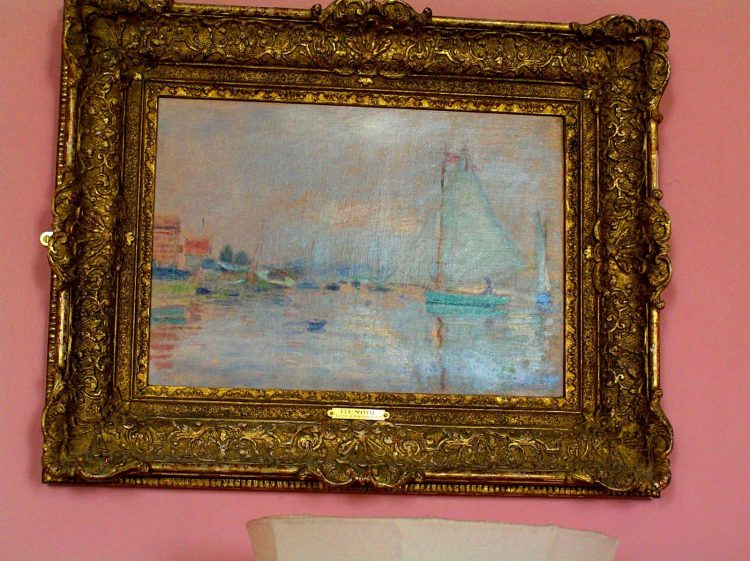 The ‘Picton Renoir’ was the subject of a gripping programme in the latest series of the BBCs “Fake or Fortune” with Philip Mould & Fiona Bruce on Sunday 12 July 2015. The programme, received a record 5.9 million viewers and unprecedented social media response to the final verdict.

The Picton Castle Trust asked fellow trustee, Nicky Philipps, to submit a painting which hangs on the walls of Picton Castle – once the Philipp’s family seat – for investigation by the Fake or Fortune team. Nicky is a portrait artist famed for her pictures of the Royal Family.

Boats on the Seine at Argenteuil was bought in the 1930s by Nicky’s great-grandfather, Sir Laurence Philipps, who believed it to be by celebrated impressionist Pierre Auguste Renoir. However the painting has been dogged by doubt for half a century, and two art world authorities refuse to agree on its pedigree.

Nicky’s late Aunt Gwen used to tell a story that the painting came from Claude Monet’s house in Giverny and was a gift to the artist from Renoir at a time when they painted together. But a family anecdote wasn’t enough to convince both of the art world’s toughest judges – so in a tantalising trail of blind alleys and major new discoveries, the Fake or Fortune team set about gaining some hard evidence.

The trail took Philip to Argenteuil, a suburb of Paris which was once an impressionist playground. During the 1870s, Renoir and Monet worked here together, often painting the same views side by side.

Fiona picked up the provenance trail at Monet’s house in Giverny, where she tried to find proof that the painting once hung in his personal art collection and managed to gain access to some closely guarded archives in Paris.

Then Philip took the painting to Berlin for thorough forensic analysis where cutting-edge technology was used to determine whether the pigments in Picton’s painting matched those listed by Renoir himself for the period and where several tests using an infra-red camera also revealed a previously hidden stamp which matched the canvas supplier to the period.

A more sinister reveal however was that the picture was caught between two warring art world authorities – the Bernheim-Jeune Gallery and the Wildenstein Institute who both believe their word is the last word when it comes to Renoir.

Ms Philipps and fellow Trustees of Picton Castle (to whom the painting now belongs) cannot sell the painting as a Renoir at auction without the additional endorsement of the Wildenstein Institute. Both art houses publish lists of artists’ works, known as catalogues raisonnés but only the one, the Bernheim-Jeune Gallery has included this work and attributed it to Renoir in its listings.

The team were visibly shocked when The Wildenstein Institute informed them that it rejected the work because it was unsigned, of poor quality and because there was no written evidence that Monet received it from Renoir.

Ms Philipps commented that the decision by the The Wildenstein Institute was “absolutely ridiculous” and that Wildenstein was disregarding three compelling pieces of evidence: Research confirming that Lord Milford, Ms Philipps’ great grandfather, bought the painting after a visit to Monet’s daughter-in-law Blanche in Giverny. Blanche told Lord Milford that the painting was a Renoir, and agreed to sell him the work through Bernheim-Jeune and Arthur Tooth, a London dealer and paperwork from both dealers show they attributed the work to Renoir.

“Obviously the Trustees and staff of Picton were disappointed with the outcome, because a positive result could have done so much to restore and promote this very special place. However, the document research and science was so overwhelmingly positive that we can but hope that a future reappraisal might very well come up with a different outcome. All of us at Picton are convinced that it is the real thing, and everyone now has the opportunity to come and look at it and reach their own conclusion. It is well worthwhile seeing!” commented David Ellis, Chair of Trustees.

If you are taking a tour of the Castle, you will have the opportunity to see this fascinating painting which has caused so much controversy – and tell us what YOU think!

Read the article from ‘The Times’ by clicking the link below 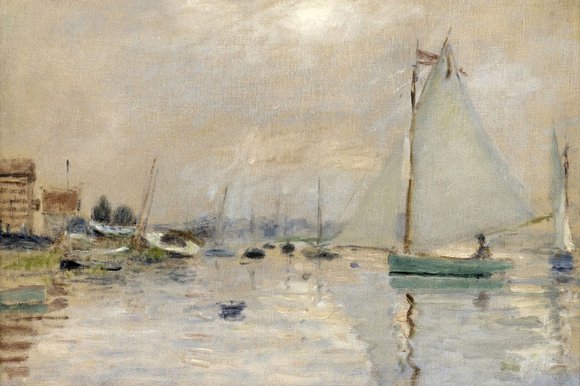