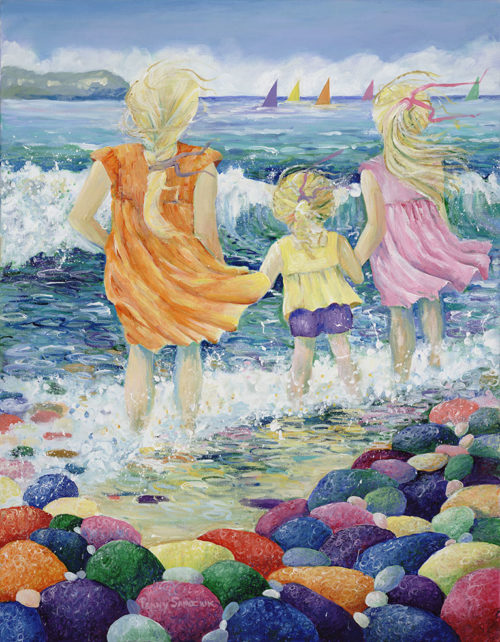 Penny was born in Zambia and studied fine art and design as a mature student at the Johannesburg Art Foundation in South Africa. Undoubtedly the vibrant colours and imagery of Africa have greatly influenced her practice. Subsequently, she worked for several years as an independent Graphic Designer in England until a move to Wales where she became involved in the family farm and business alongside developing her passion for painting and drawing. 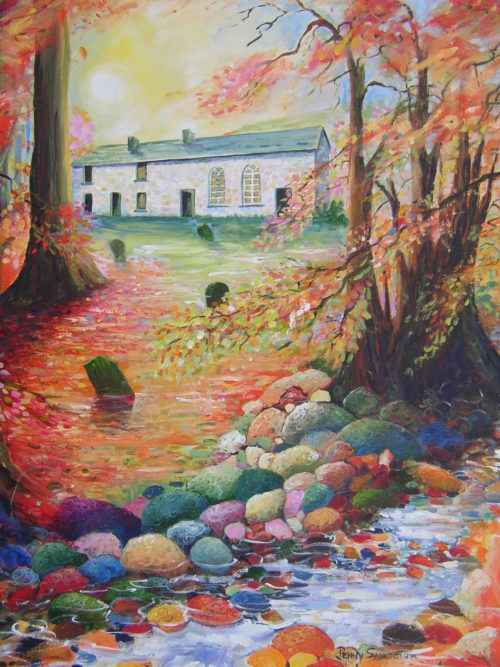 Penny’s current work is inspired by the Welsh coastline, its towns and villages, places of interest and the people who visit and she compulsively converts what she sees – the “everyday grey” – to cheerful, over the top, colourful images. Colour is almost more important than the image itself. 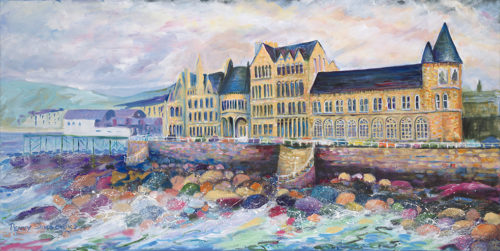