Home > Archive > Day Of The Dead

Day Of The Dead 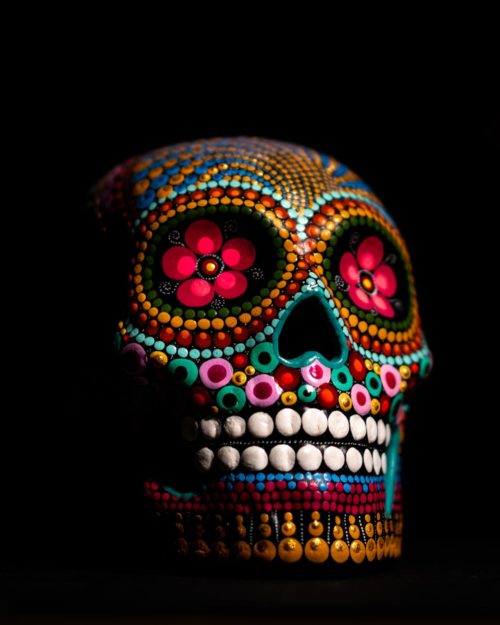 Halloween will be lasting just a little bit longer at Picton Castle this year!

Our spooky family-based event has been a fixture for the past ten years with thousands flocking to take the Haunted Castle Tour, experience the walking ghost train attraction “The Creepy Corridor”, visit the Ghastly Graveyard and explore the horrors hidden in the maze as well as take part in a range of craft activities.

Although the castle’s traditional British festivities normally end on October 31st, or All Hallow’s Eve as is sometimes known, this year the popular celebration of the strange and spooky gets a one-day extension as Picton celebrates the “Day Of The Dead” with a procession through the grounds that visitors on the day are invited to take part in.

“Dia de los Muertos”, to give it its Spanish name, has become a worldwide phenomenon thanks to the 2016 James Bond movie “Spectre”.  The Latin American tradition celebrates the passing on ancestors with family picnics held in graveyards next to the tombs of family members and homes decorated with skulls and skeletons.

The film showed 007 taking part in a huge costumed Day of the Dead procession with tens of thousands of people dancing through the streets of Mexico City in Halloween style costumes in an event similar to London’s Nottingham Hill Caribbean carnival.

In fact the procession was specially created for the film.  Although Mexicans do celebrate the day in style there had never been an event on such a scale in the country.  However, since then Mexico has embraced the huge parade which now attracts a steadily growing number of tourists to the country and enthusiasm for Day of the Dead style celebrations have been spreading throughout the world especially in the USA.

Now Picton is to stage its own celebration with a procession around the castle and courtyard to which everyone is invited, with traditional Horrible Halloween activities continuing through the day.

The procession will begin in the castle courtyard at 2.30 pm,

Face-painters will be on hand to spruce up those who need it but everyone is invited to join in the spirit of the day by dressing up as a skeletal figure encased in suitable costume.

The other Halloween attractions including the Haunted Castle tour and the Creepy Corridor will also be available to visitors.

As well as the dead of the Dead event this year Picton Castle is also adding to their usual week-long event with a Pumpkin Patch for younger visitors and the chance to explore the incredibly creepy attic rooms during the Haunted Castle Tour.

Opening times are 10-5pm, and pre-booking is not required, simply book your place on the tour upon arrival.

Admission prices are as follows:

Some parts of the spooky tour can be a little scary, so we would advise parents to be mindful of this.

Children must be supervised by an adult at all times.

Season ticket holders and other membership card holders can access the gardens as usual but cannot access the Halloween tours unless the full admission price is paid. They can however, access the normal 1pm tour, subject to availability.