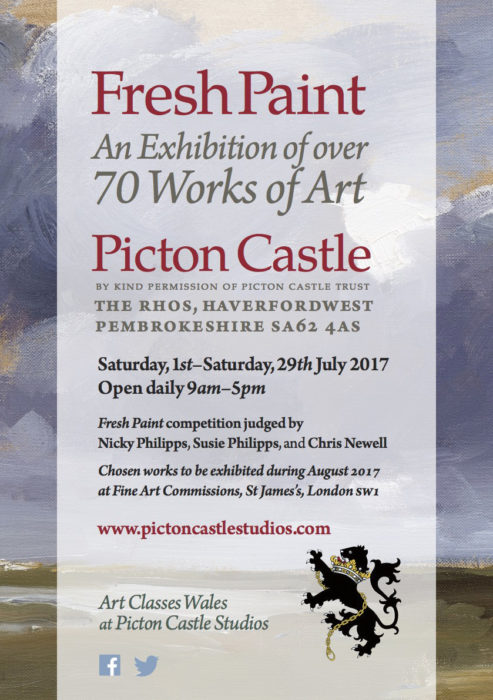 Fresh Paint is an inaugural competition and selling exhibition which will take place at Picton Castle. The selected paintings – over 70 in all – will be exhibited in our large Courtyard Gallery which was designed by Graham Sutherland, and also in the Nicky Philipps Gallery.

With a first prize of £1,500, this is a serious competition, but apart from monetary prizes the twist to this competition is that the three winning paintings, plus three ‘wild cards’ chosen by Sara Stewart, will be exhibited at Fine Art Commissions, St James’s, London in August 2017.

Second Prize was won by Jon Houser from Tenby, and Third Prize by Jan Palin from Kilgetty. All the winners, plus three ‘Wild Card’ paintings will be exhibited at a prestigious gallery in St. James’, London this August

The subjects for this competition, are En Plain Air, Still Life & Flowers and Portraiture and will be in the mediums of acrylic, oil and watercolour.  Many of the works will be available to purchase. 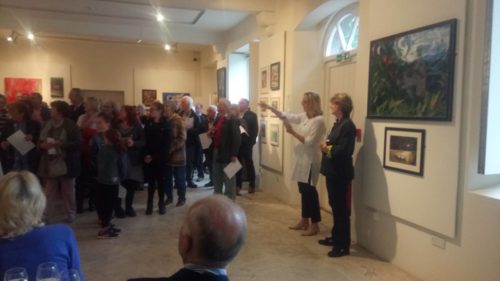 The Competition received over 200 entrants from all over the UK. 90 works of art were chosen was judged by Royal portrait painter Nicky Philipps. Nicky is best known for her portraits of Their Royal Highness’s Princes William and Harry and Simon Weston, both commissioned by The National Portrait Gallery, London. Her portrait of HM The Queen is on permanent display in the Throne Room at Buckingham Palace. Also judging were artists Susie Philipps and Chris Newell. 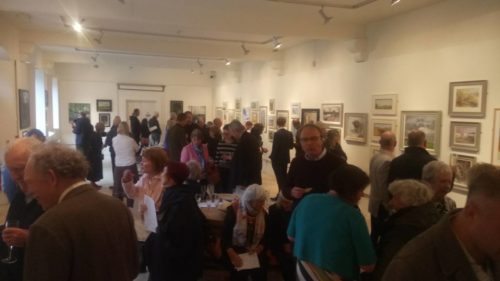 The Private View at Picton was a Great Success