The restoration of the Walled Garden at Picton Castle is moving forward apace. If you have visited us at any time recently you will have seen quite a lot of change already. The main work that has been undertaken so far is near the entrance to the garden. The walls at this end of the garden were in a pretty precarious state. 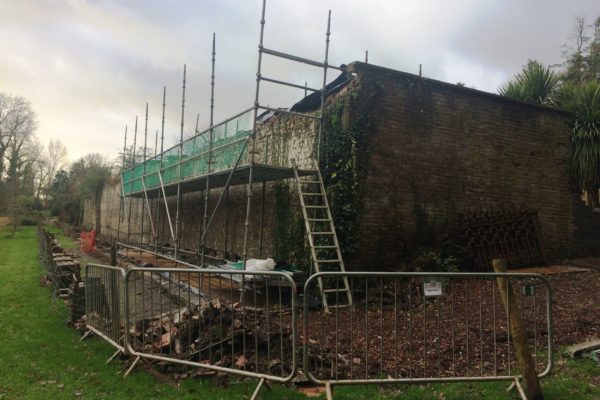 Whilst it does look wonderfully romantic and beautifully aged for stone walls to be draped in ivy, plant roots growing in stonework doesn’t do much for the stability of the walls. This is particularly true of plants like buddleia. Below are some photos of the exposed root balls that are embedded in the walls to demonstrate the problem.

If not addressed, eventually the walls would have collapsed. As the walls were built in the 18th century and are Grade II listed this would be a dereliction of our duty as a charity to preserve the buildings and their heritage!

So we have conservation stone masons carefully removing the plants and relaying sections of the walls as necessary. There have been some surprises: part of the front wall, under the iron railings, collapsed once the plant cover was removed. This left upper wall and iron railings flying like a free form bridge to nowhere. We also have had to take down the gates, one of the entrance pillars and the pineapple toppers. It does look a little forlorn at the moment but the advantage is that the garden has a wonderful open vista. 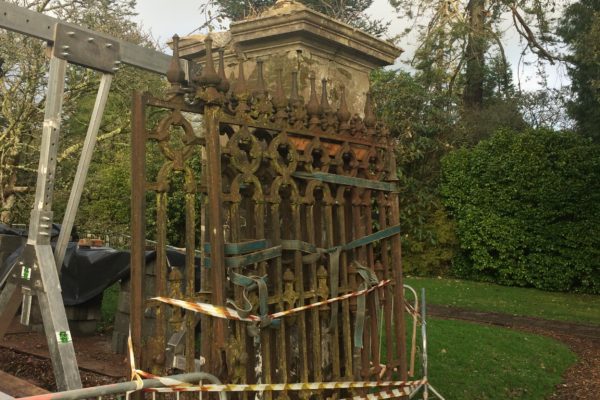 The wilder residents of the walled garden such as slow worms, newts, bats, lizards etc., have all been built new specialist homes elsewhere in the woodlands and we have erected amphibian and reptile proof fencing to keep them out of the Walled Garden area for their own protection. 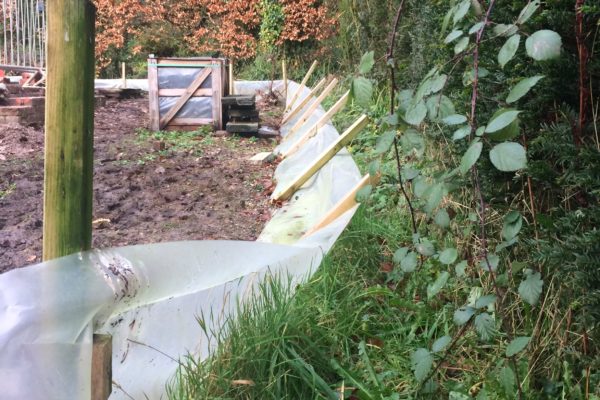 The archaeological finds so far include the original boiler and plumbing for the glass houses. Of course we have found LOTS of pottery: it’s funny that no matter what digging you do in any ground, you always find broken pottery. How it gets there is one of life’s mysteries, along with where did the match pair for my socks go?

We have also found some strange glass tubes. We do not know what their purpose would have been in the garden. Even our Head Gardener, Roddy, is stumped. They are approximately a foot long, ½ inch in diameter, there is a lip around the top of the tube and the bottom is open. They were found buried near to where the cold frames used to be. There are about 40 or 50 of them. We have a couple of theories about what they might have been used for. One idea is that they were for watering directly into the soil and the other is that they were for some form of propagation of seedlings. The photos of them are below. 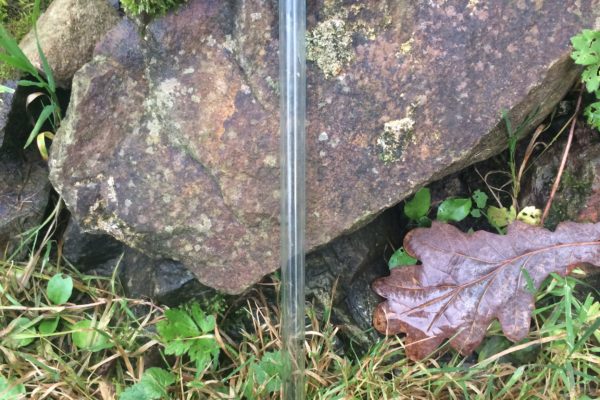 If anyone has any ideas what their purpose might have been we would love to hear from you. We will keep adding regular updates on our blog and if anyone has any local knowledge of this history of the garden do get in touch.

Apologies that we do not have a ‘Plant of a Week’ this week. Our Head Gardener is currently on leave so is not available for his handy weekly tip.