Picton Castle is a most unusual ancient building being as it is a fully developed medieval castle that was transformed into a stately home in the 18th century.

From the outside with its four symmetrically spaced half round towers and gatehouse entrance flanked by two narrower towers it is based upon patterns of Irish castles of the period and is the only one of this type in the mainland UK.. As soon as one enters inside it is revealed not to have an inner courtyard and keep but rather a series of finely planned rooms typical of the grand country house that it is. There is no other building quite like it in Britain.

Picton Castle was constructed in 1280 at the behest of Sir John de Wogan who was Justiciary of Ireland circa 1295 – 1313. It was the centre of his estates. The castle and lands went by inheritance to the Dwnn family and the estate devolved upon one Joan Dwnn “The Golden Daughter” in the 1460s. In 1491 Joan married Sir Thomas Philipps of Cilsant in Carmarthenshire

Thus since the 1490s Picton has been the centre of the Philipps family’s estates. In 1611 James I wanted to raise money to meet the cost of keeping his army in Ireland and he hit upon the idea of selling baronetcies. Sir John Philipps bought one at the cost of £1,095.

Throughout the 17th and 18th Century the Philipps’s of Picton Castle were the most powerful family in Pembrokeshire exercising both tremendous political, social and economic influence over all aspects of local life. They had vast estates were prominent philanthropists (being particularly supportive of the charity school movement). They were also Patrons of the arts and for generations supplied Pembrokeshire with Sherriffs, Justices of the Peace, Lord Lieutenants and MP’s.

The castle remained the centre of the Philipps family’s operations in Pembrokeshire up until the end of the 20th century. The Honourable Hanning Philipps and his wife Lady Marion Philipps were that last members of the family to live in the castle and they were the ones who gifted the castle, its collections and gardens to The Picton Castle Trust in 1987 (Registered Charity No 519693). The charity created by this generous gift is charged with preserving this important part of our heritage and with encouraging access for the benefit of the people of Wales.

Haverfordwest has two fine historical bridges spanning the River Cleddau – The Old Bridge was gifted, in 1726 by Sir John Philipps of Picton Castle. The Old Bridge was constructed over the ford of Haverfordwest that Henry Tudor crossed, with his army, after landing at Dale in August 1485. The bridge which is Grade II Listed for its exceptional architectural interest, has a fine plaque sited half-way across the bridge which states “This bridge was erected at the sole expense of Sir John Phillips of Picton Castle Bart Anno 1726” etc. This plaque was recently restored by the Sir John Perrotts Trust with support from the Picton Castle Trust.

In a deed dated the 20th September 1580 (which was rediscovered in the offices of R K Lucas & Son in the early 1960’s and presented to the Borough Council) Sir John Perrot left land and property in trust for the improvement of the Town of Haverfordwest. Over many years the Trust has contributed significant sums to improve and repair the fabric of the Town. Many such responsibilities are now undertaken by the Local Authority and as a result the Trustees – with the approval of the Charity Commission – maintain their own historic portfolio of properties, and contribute towards projects of architectural significance.

This very large monument is one of several relating to the Philipps family of Picton Castle which can be found in St. Mary’s Church, the civic church of Haverfordwest. Sir John was a very prominent man in the country and a member of one of the most powerful families in Pembrokeshire which exerted enormous political, social and economic influence over all aspects of life. 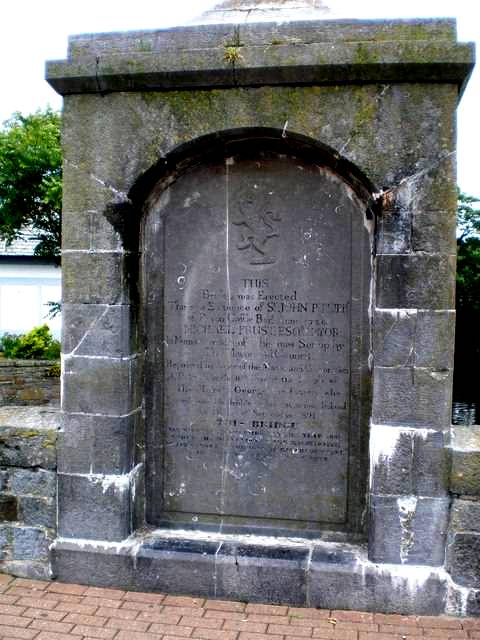 If you wish to know more about the history of Picton Castle and Gardens and the families of Picton, there are two books available:

The Museum of the Home Collection

When Pembroke’s small but unique Museum of the Home closed its doors to the public, it’s entire collection was re-housed at Picton. This fascinating collection can be seen in the old Butler’s Pantry area and can be seen by visitors when joining a guided tour of the Castle. 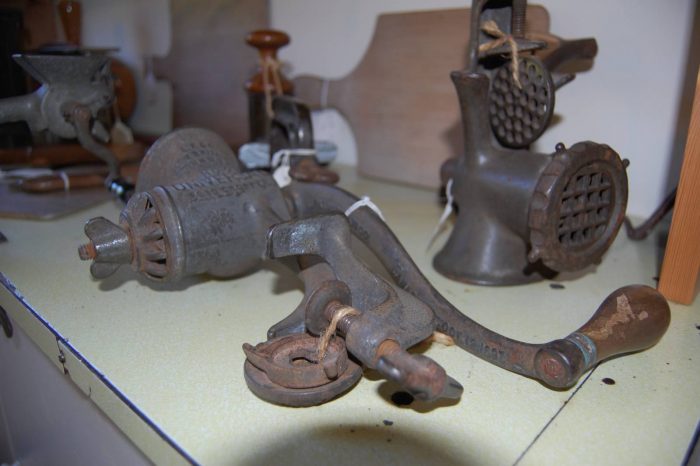 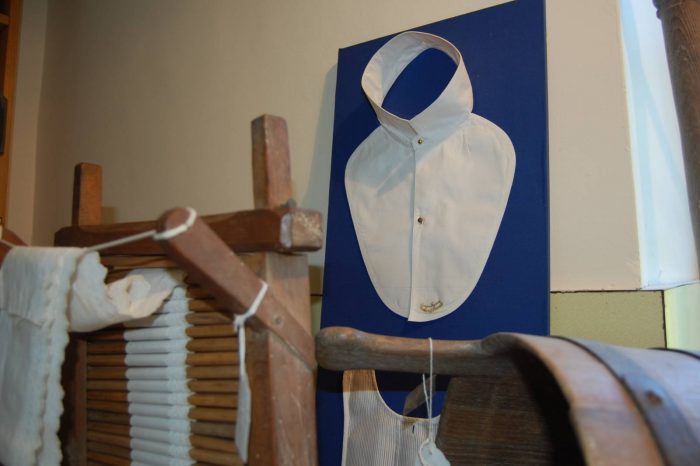