We are spookily excited about our new Halloween and Day of the Dead celebrations for 2019. This year we are planning a range of ghastly adventures designed for different age groups and different levels of courage!

We will have the Ghostly Tour of the Castle, taking you to the dark and undisturbed parts of the castle not normally seen (except by the denizens of the spirit world).

There will be a Halloween Pumpkin Trail around the garden, where you will be hunting down the scary veg.
Creepy Crafting in the Spooky Gallery, including face painting and much more besides. 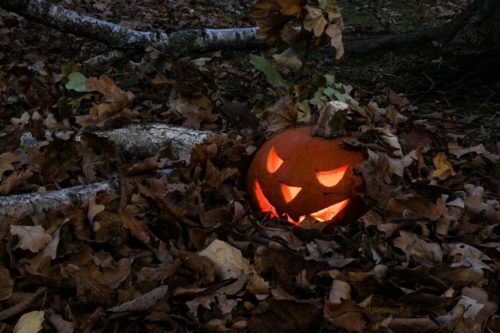 So why do we celebrate all things ghostly and ghoulish on 31st October? The history of Halloween stems back to the Celts who celebrated their new year on 1st November. They believed that on the night before (called Samhain) the barriers weakened between the worlds of the living and the dead, and ghosts and spirits would walk the earth. Some  legends include terrifying tales of the Wild Hunt when powerful spirits would hunt down the souls of those who would die in the coming year. So people would light huge fires to ward off ghosts and evil spirits and dress-up to disguise themselves from the Wild Hunt. 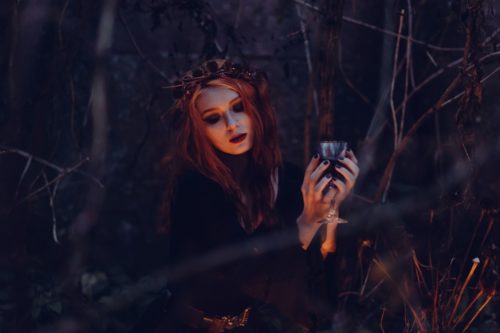 In later centuries with the spread of Christianity, 1st November was designated as All Saints Day to honour Christian saints and martyrs and later 2nd November was established as All Souls Day to commemorate the dead. The name Halloween is derived from the medieval English name for All Saints Day (al-hallowsmas), which became All Hallows Eve and now Halloween.

The christian celebrations absorbed aspects of the older Celtic beliefs and some of the traditions we still have, including apple bobbing and dressing-up, date back to Celtic times. The Celtic belief that Druids would be able read the future on Samhain was carried forward through the centuries, with young women believing that they could ‘divine’ the face of their future husbands, and even today with people using ouija boards. ‘Trick or Treating’, however, is a much more recent invention that actually developed in America. Did you know that 25% of all sweets sold in the US is in the time around Halloween!

If you are interested in the histories and traditions of Halloween come along to celebrate with us. We have lots more information on this fascinating and ancient celebration in books in our gift shop. 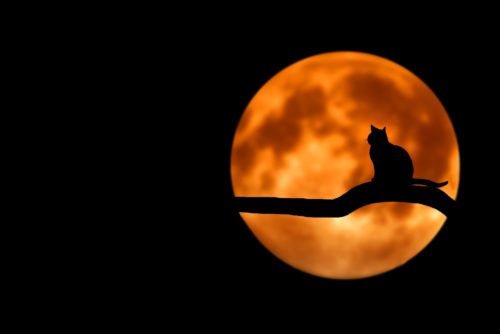