Wildlife Rescue and Conservation at Picton

We had an amazing time with rescued animals last week 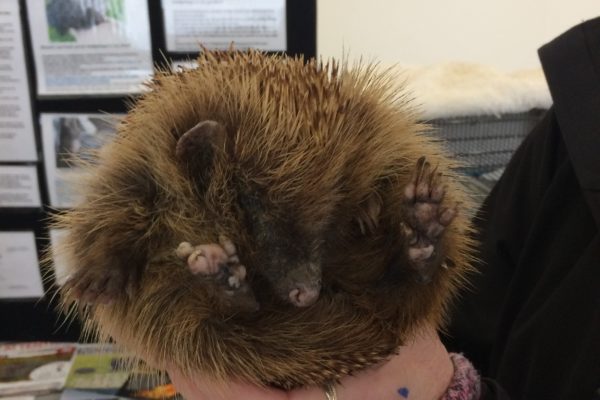 Pembrokeshire Hogspital were here all week and brought in some of their residents. This is Tritan and he was found injured on the playing fields at Tasker Milward School. Although he has recovered, his injuries have left him blind, which means he can’t be released back into the wild. He has become very comfortable around humans and no longer hibernates so he is, mostly, awake to say hello!

While the Hogspital were here they also rescued a hedgehog from a near by garden. He has been named Picton. He was found collapsed from cold and starvation but otherwise uninjured. With food, shelter and warmth, he is already making a good recovery and we are hoping to give you regular updates on his progress.

Over in the Welsh Owl Garden we have another aspect of conservation and rescue; helping to support species of birds whose survival is under threat in the wild. One of whom is Thor, a Southern Ground Hornbill. 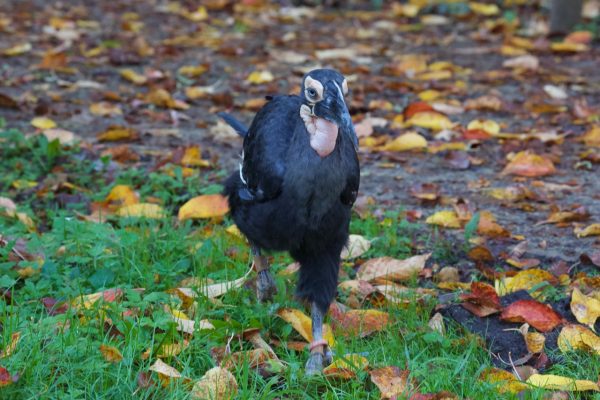 These birds are from southern Africa and as a walking, ground dwelling bird are susceptible to many different threats in the wild. They are deemed to be vulnerable by the International Union for the Conservation of Nature. The local name for this bird translates as ‘Thunderbirds; because of their load calls, hence his name. Jim and Rosie adopted Thor as a chick from a colleague in Belgium as part of a European wide attempt to support this species by breeding them in captivity.

Thor was raised in Jim and Rosie’s home with their young children and has a deep bond with them. He loves to play tag with any children willing to join in the game!  We have a little video of him being hand-fed as a chick. Whilst they are perhaps the ugliest chicks you can imagine, they are long lived (up to 70 years in captivity) and amazingly intelligent birds. He is growing up very quickly. 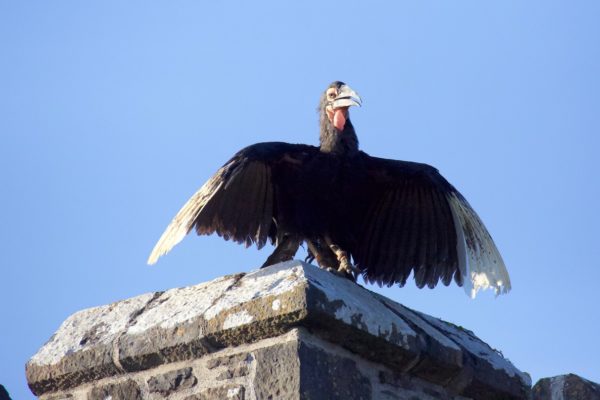 We won’t be certain whether ‘he’ is indeed a Thor or ‘Thoress’ until his adult plumage grows and ‘he’ only reach sexual maturity at 4-5. However, he is growing up to be quite magnificent and does like to show off!

Learning About our Local Wildlife

In Wildlife Week during half-term the children had an amazing time despite the rain and wind. There were tours exploring our new wildlife habitats, including the huge bat house. We also had the open air sculpture, flying displays, skunks and pythons to meet and lets not forget our trees to play in! The week proved to be so successful that we will be running similar events in the future.